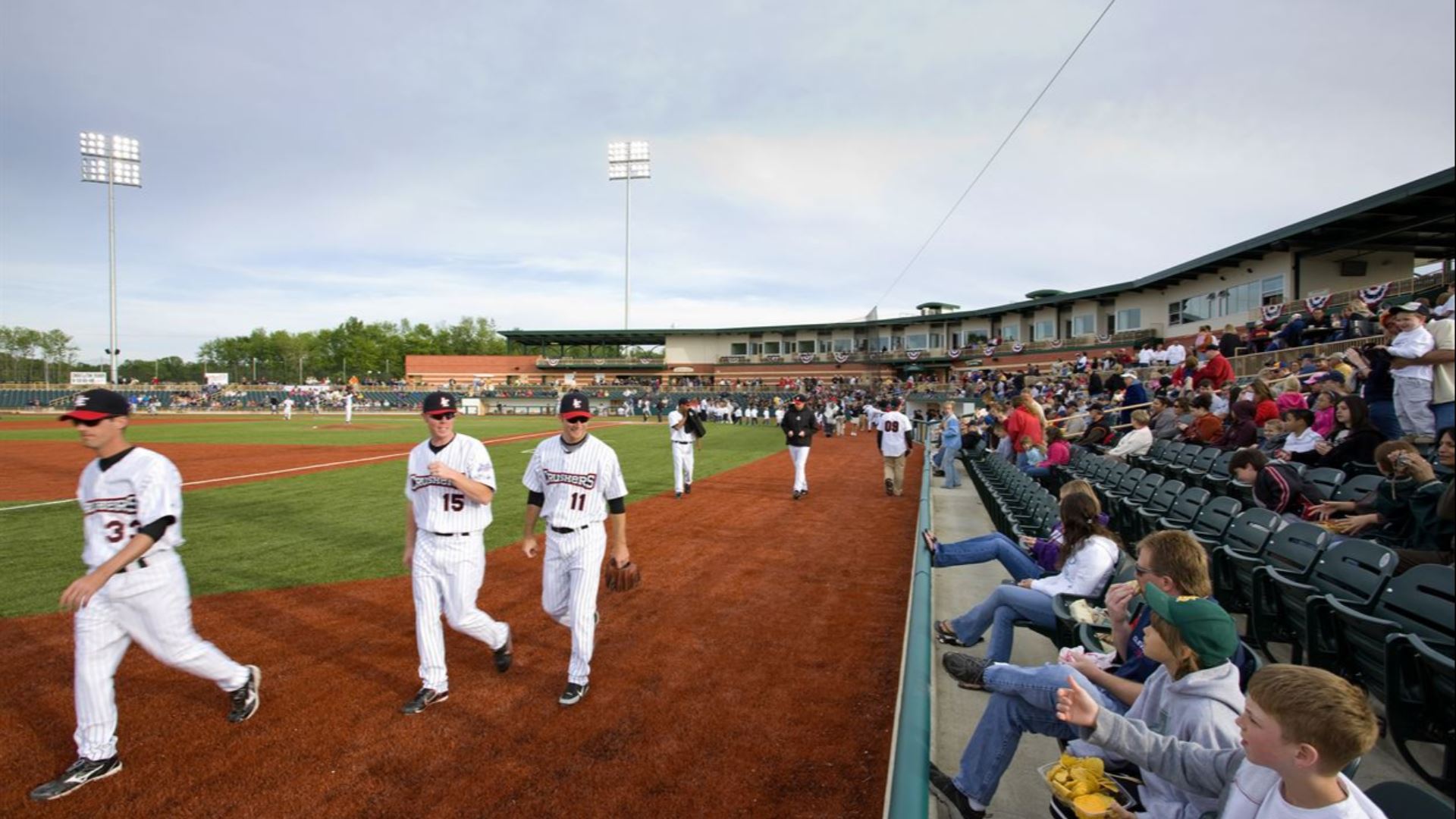 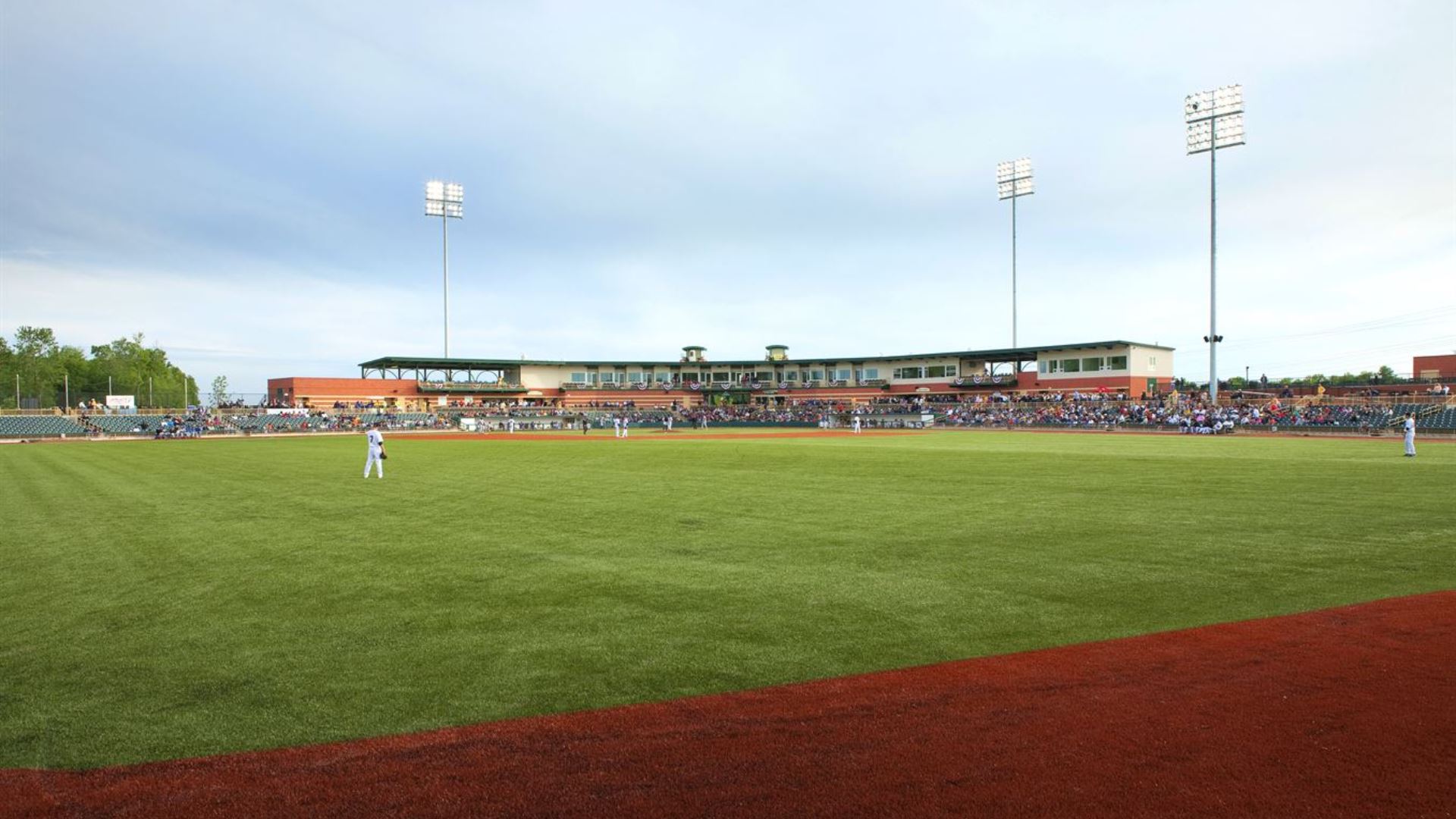 Previous Next
As the centerpiece of a new 133-acre, mixed-use development, Crushers Stadium (formerly All Pro Freight Stadium) includes seating for up to 5,000 spectators and team clubhouse buildings. OSPORTS provided Architectural and Engineering designs for the stadium which includes a large press box, 11 suites, two open suites, team offices, team shop, commissary and concessions, clubhouse, maintenance, storage and support facilities.
The main concourse offers ample space for fan amenities, and an outfield grass berm accommodates overflow patrons. The custom scoreboard adds a big league touch to the venue. The ballpark features an artificial turf field, which accommodates local high school and college teams, with the Frontier League Lake Erie Crushers baseball team being the primary tenant.
OSPORTS, along with the owner, selected a turf system that not only was cost effective, but also looked at other features such as playability, maintenance, durability and aesthetics. OSPORTS designed an underground drainage system which allowed the field to drain up to 10-inches of rain/hour. In order to provide ease of maintenance for the grounds crew the infield, home plate and warning tracks were made up of the same synthetic turf system as the rest of the field. This prevented the tracking of soil from these areas onto the turf system. A heavier infill mix was used to help the player differentiate the playing field from the warning tracks. The only portion of the field to have soil was the pitcher’s mound. The pitcher’s mound was set on a removable portion of the turf system so that the field can be converted to a soccer field or used for seating during concerts.