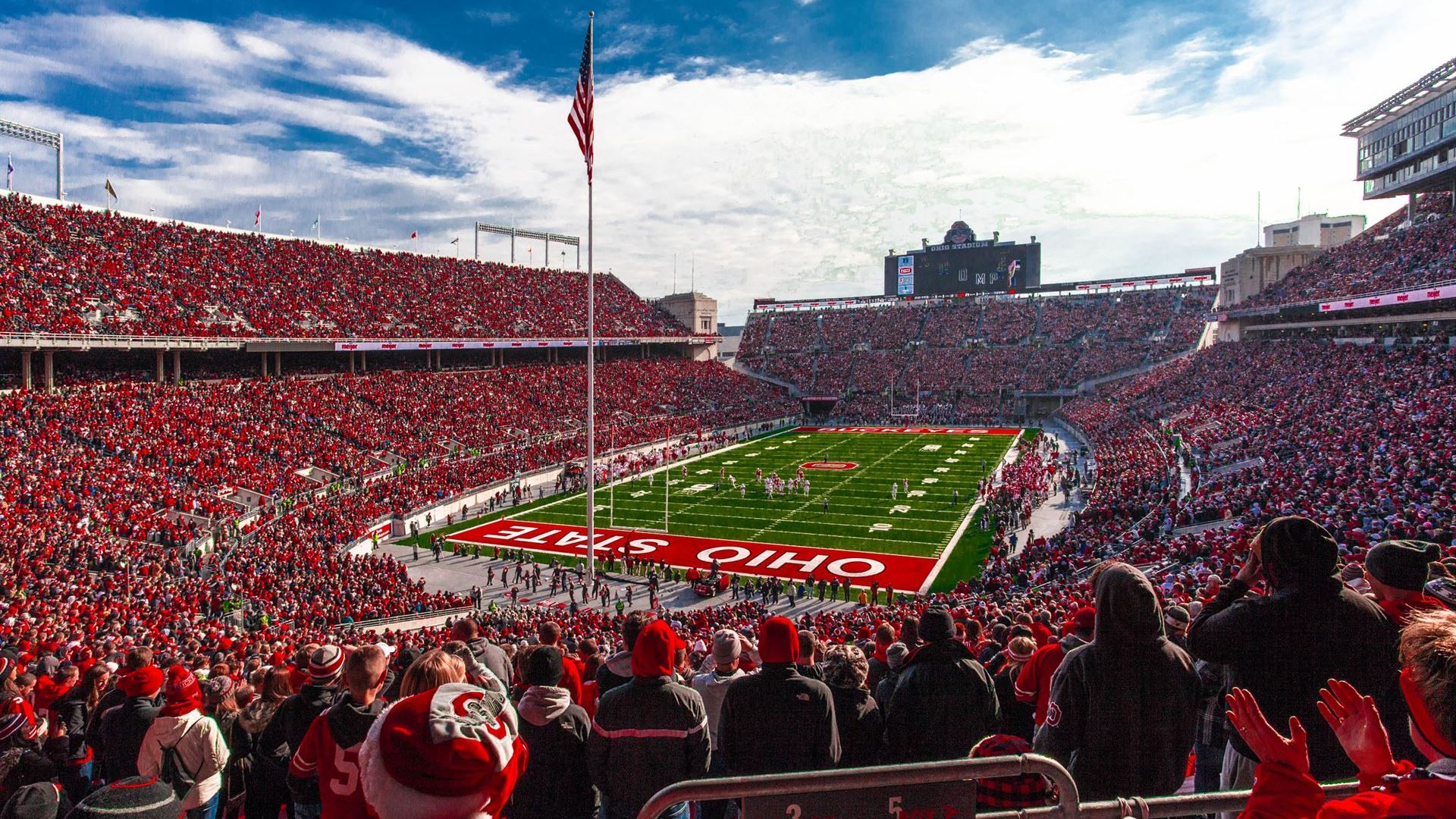 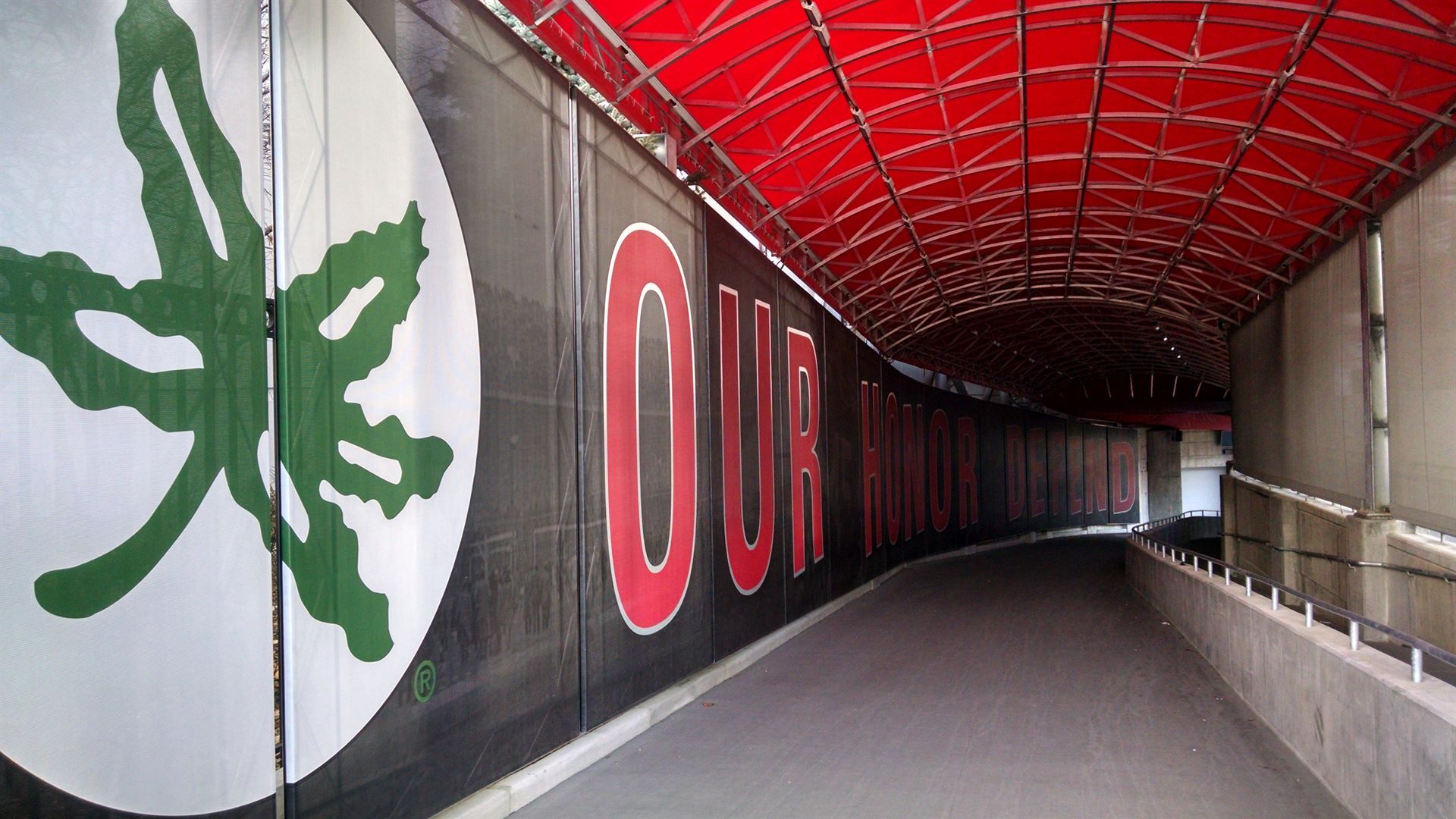 Previous Next
In order to maximize attendance and game-day revenue, the University wanted to expand the south stands to accommodate additional seating. OSPORTS designed the new south seating expansion to seamlessly blend in with existing construction. The net result was 18,300 seats in the south stands, including the addition of 2,500 seats, bringing the total capacity of Ohio Stadium to 107,000.
To further enhance the south stands, in partnership with OSU Athletics and the University Architect’s Office, OSPORTS designed the new OSU Football Player’s Tunnel. The impetus for the project originated with Head Coach Urban Meyer who wanted to upgrade the player’s experience prior to entering the game-day playing field. The program included a custom canopy design with side wall graphics, two portals, sports surface and Block ‘O’ holding area at the base of the tunnel. OSPORTS’ original concept for phased development of the space is intact as the graphics and memorabilia can be added/changed each season. For example, the main tunnel area is slated to be the “Hall of Honor” where all the OSU Heisman Trophy winners would be displayed as a sign of respect for the current player’s.